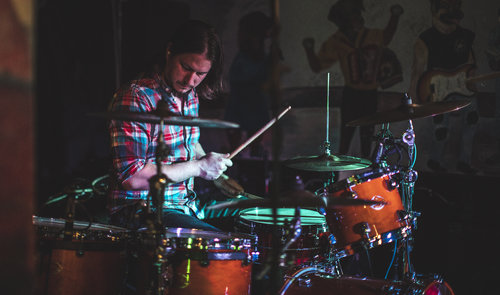 Jimmy’s on the bridge, slinging river rocks again
He’s keeping me on the edge. That’s how he gets when I’m sweating it
I’m standing on the ridge, feeling dizzy
Loose rocks fall to the river’s bed. I turn toward the city

A little sun won’t hurt you Josephine
Take your shoes of and get a running start
A little fun won’t make you choke up
So we both chose to come but who will choose to come apart?

Settle down boy, let me down easy
You pleased all of them. Now what about me?
They see another deadbeat. I see a kid with a song and a dream
It’s easy to laugh about it, but you know what else is easy?

Don’t tell me not to look back
Don’t try to make me smile, I don’t need that
You might not be a hustler and I ain’t an angel
But you sure ain’t a saint, and I ain’t no rebel

I got a place to be at the end of the summer
I’ve got a place to stay and its all covered
You might think I’m leaving you, but you’re mistaken
It ain’t about you, I’m just trying to make it